I do not know why but jp2 files are very very heavy on GNU/Linux systems. Opening a folder full of them might very likely stall your file browser or system. Even a small file below 1 M, might take its own sweet time to open in GIMP.Here is a small command to convert a bunch of em into jpg, thought resulting file is usually 1o times larger.
Use this for lossless conversion

Computers and related devices have to be designed with an understanding that
people with specific tasks in mind will want to use them in a way that is seamless with respect to their everyday work. To do this, those who design these systems need to know how to think in terms of the eventual users’ tasks and how to translate that knowledge into an executable system. But there is a problem with trying to teach the notion of designing computers for people. All designers are people and, most probably, they are users as well. Isn’t it therefore intuitive to design for the user? Why does it need to be taught when we all know what a good interface looks like?

via After Nehru | LRB

While writing documents one needs lists. Usually the lists are either numbered or with bullet. The standard enumerate option in LaTeX by default provides Arabic-Hindu numbers for the list.
The standard syntax is as under:

This will produce a list with Arabic-Hindu numbers with the items at each head.
In case one wanted a list with bullets, we can use the itemize environment.

This will produce a list with with bullets
There is yet another environment description which can take user supplied options for list headings.
For example:

In this case the descriptors in square brackets after the \item will be used as the item titles. So when I required any alphabetical list, I used to make list in the description environment and put the alphabets/ descriptors manually.
So far so good.
Recently I had to make a list with Roman numerals instead of Arabic ones. The list was fairly long so manual option seemed to be a very un-LaTeX kind of thing to do. Just a little googling and I found a treasury of options that can be used with the standard enumerate environment. This was the enumitem package.
The package provides various options for the enumerate environment like label and its formatting, style, alignment,  indent, vertical and horizontal spacing etc.
The label options that are available are \alph, \Alph, \arabic, \roman and \Roman,
These can be intialised by using
\begin{enumerate}[label=\emph{\alph*})]
After this the regular \item will produce list with alphabets, numbers or roman numerals.
Please see the documentation for more details.
Suppose you have a list which is split in many parts. You can use resume function to continue with numbering left off in the last part of the list. The resume function can be named and you can have different lists to resume.

The main purpose of the health sector is not to provide other sectors with workers in good health. By the same token, the main purpose of the educational sector is not to prepare students to take up an occupation in some other sector of the economy. In all human societies, health and education have an intrinsic value: the ability to enjoy years of good health, like the ability to acquire knowledge and culture, is one of the fundamental purposes of civilization.

via Thomas Piketty’s Capital in the 21st Century

In this post we will see how to make  a time-lapse animation of something which changes over time, with a scanner. Most probably you have seen some amazing time -lapse photography of different objects. Common examples include the ever changing skyscape, blooming flowers, metamorphosing insects etc. I wanted to do a similar stuff, but due to my lethargy and other reasons I did not. Though the cameras have intervelometer, and I have used it once to take photos of a lunar eclipse, (moon changing position which I was supposed to merge later, but never did), and wanted to do the same with a blooming of a flower. But as Ghalib has said, they were one of those हज़ारों ख्वाहिशें…
The roots of the idea what follows are germinated long back, when I had a scanner. It was a basic HP 3200 scanner. That time I did not have a digital camera, (c. 2002-2003), but then I used the scanner as a camera. I had this project lined up for making collages of different cereals. Though I got a few good images from botanical samples (a dried fern below) as well and also fractals from a sheet of rusting iron. Then, I sort of forget about it.

I went to MIT COOP opposite the MIT Press store to check for any affordable items to carry back home. But there were none. 🙁 Most of them were over budget for me. But then I checked their basement for stuff. And there I saw one of the most extensive line up for science books that I have seen. They were not just a minor section in the store which usually is the case, but were the major part.
All the interesting ones lined up in shelves. But sadly no discount and hence no buy 🙁 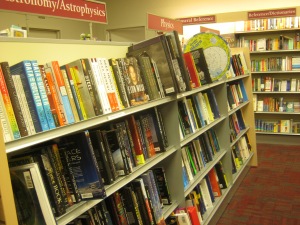 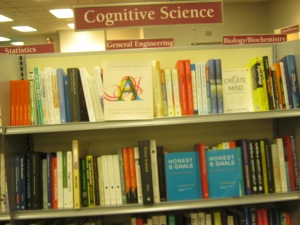 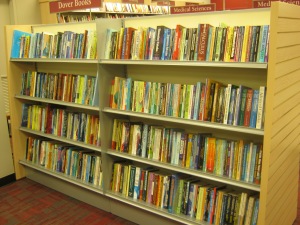 Also they have all the Dover Publications books in print at one place, sorted according authors. Wow! Too many for me to handle. 😀 But for display only for me did not buy anything. But sure was overwhelming to look at them, all at the same place.

This was unplanned for. We were just roaming around the downtown area. And came out near the Boston Public Library established in 1852. The outside decoration is in form of the various authors in all fields of study. A few glimpses of the library 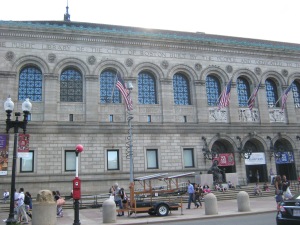 Inscriptions on the building

McKim chose to have monumental inscriptions, similar to those found on basilicas and monuments in ancient Rome, in the entablature on each of the main building’s three façades. On the south is inscribed:
“MDCCCLII • FOUNDED THROUGH THE MUNIFICENCE AND PUBLIC SPIRIT OF CITIZENS“;
on the east:
“THE PUBLIC LIBRARY OF THE CITY OF BOSTON • BUILT BY THE PEOPLE AND DEDICATED TO THE ADVANCEMENT OF LEARNING • A.D. MDCCCLXXXVIII“;
and on the north:
“THE COMMONWEALTH REQUIRES THE EDUCATION OF THE PEOPLE AS THE SAFEGUARD OF ORDER AND LIBERTY“.
Another inscription, above the keystone of the central entrance, proclaims:
“FREE TO ALL“.

Below each second-story arched window on the three façades are inscribed lists of the names of great historical writers, artists, scientists, philosophers, and statesmen.

Across the street from the central entrance to the library is a twentieth-century monument to the Lebanese-born poet and philosopher Kahlil Gibran who as a young immigrant educated himself in the Boston Public Library. The monument’s inscription responds to the McKim building reading
“IT WAS IN MY HEART TO HELP A LITTLE, BECAUSE I WAS HELPED MUCH“.
The text is excerpted from a letter enclosed with Gibran’s generous bequest to the library.

The quote from Gibran definitely resonates with the experience that I have had with Internet Archive and GP (now sadly dead).
I lament that I did not go inside the library for the lack of time 🙁

This was again unplanned for. We went to visit to Prudential Tower, the store just comes out as soon as you enter. Since I had heard about it, I did go in. They had some wonderful collections of books, but I did not get anything from there. 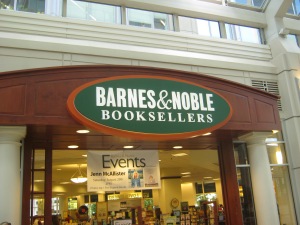 Now this one was on the cards as per the original recommended list. I visited this one just before the day of departure. I could not get a photo of the entrance but only of the inside. The store is well stocked and well categorised. 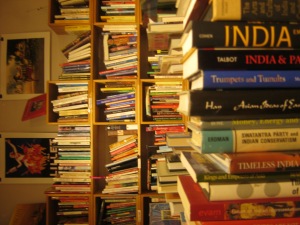 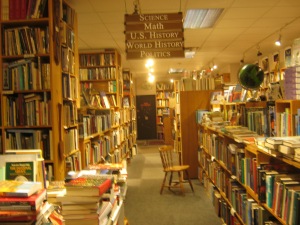 I wish I had more time at this store 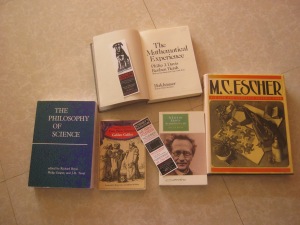 I got the above books at the store. With this one on M. C. Escher by Escher collection of classics is almost complete.

We need to defend democratic principles not only against outside attacks, but also against erosion from within.
The strength of an open society is tested especially when it comes under (perceived) threat.

via In defense of digital freedom.

Yes, you read that correctly: democratic government invariably leads to the rule by “demagogues” who manipulate the most immoral segments of society.
The core of this immoral coalition consists of “the lowest common denominator” – the “‘mass[es]’ in the derogatory sense of the term.” The masses consist of the least “educated” and least “intelligent” driven by “primitive instincts.”
The unethical leaders add to this core the “docile and gullible.” They are easily manipulated by propaganda that creates “a ready-made system of values if it is only drummed into their ears sufficiently loudly and frequently.”
Their “passions and emotions are readily aroused” by demagogues “who will thus swell the ranks of the totalitarian party.”
The third component of the totalitarian troika is the “most important negative element.” These are the murderous bigots motivated by “hatred of an enemy … the envy of those better off.”

via Bill Black: How Hayek Helped the Worst Get to the Top.