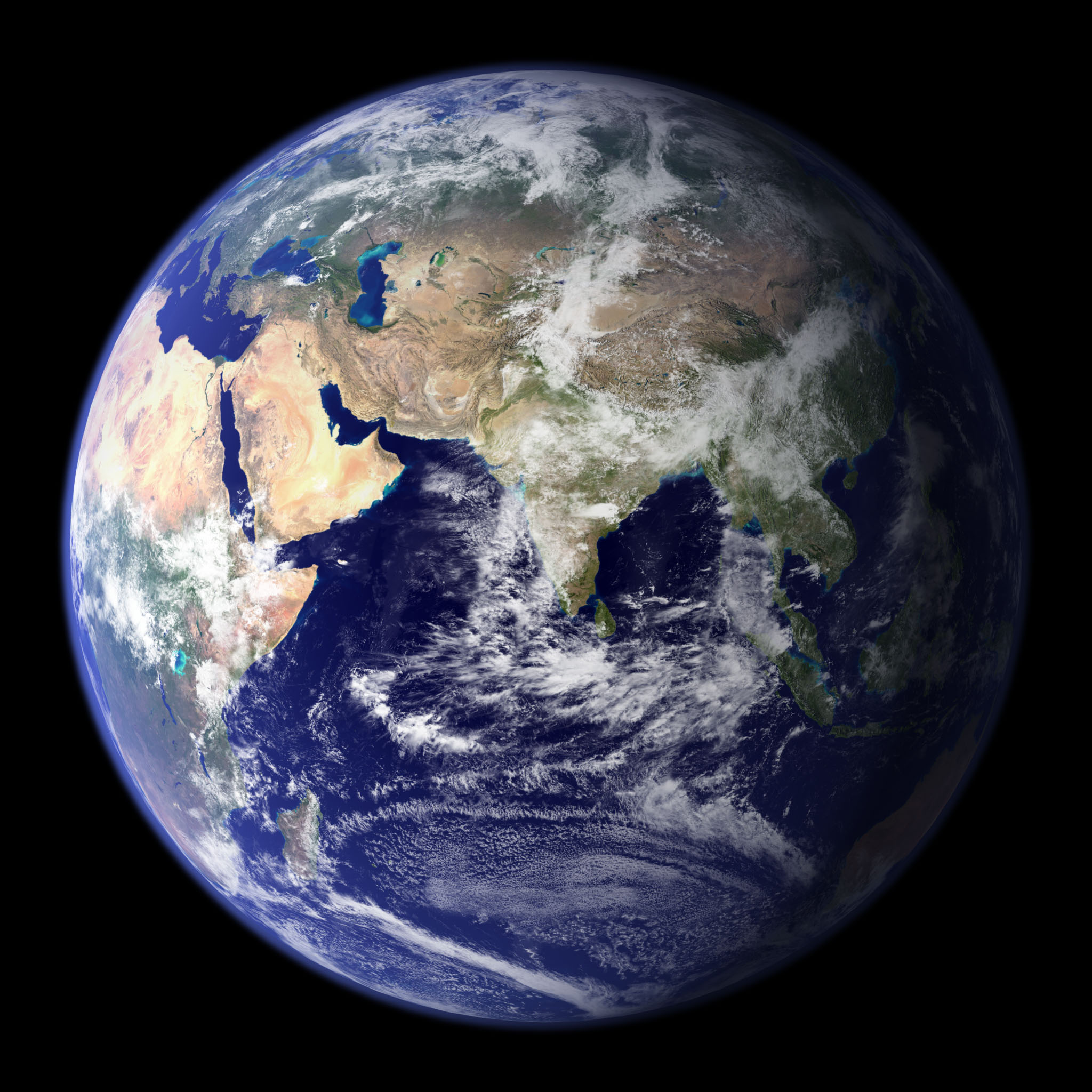 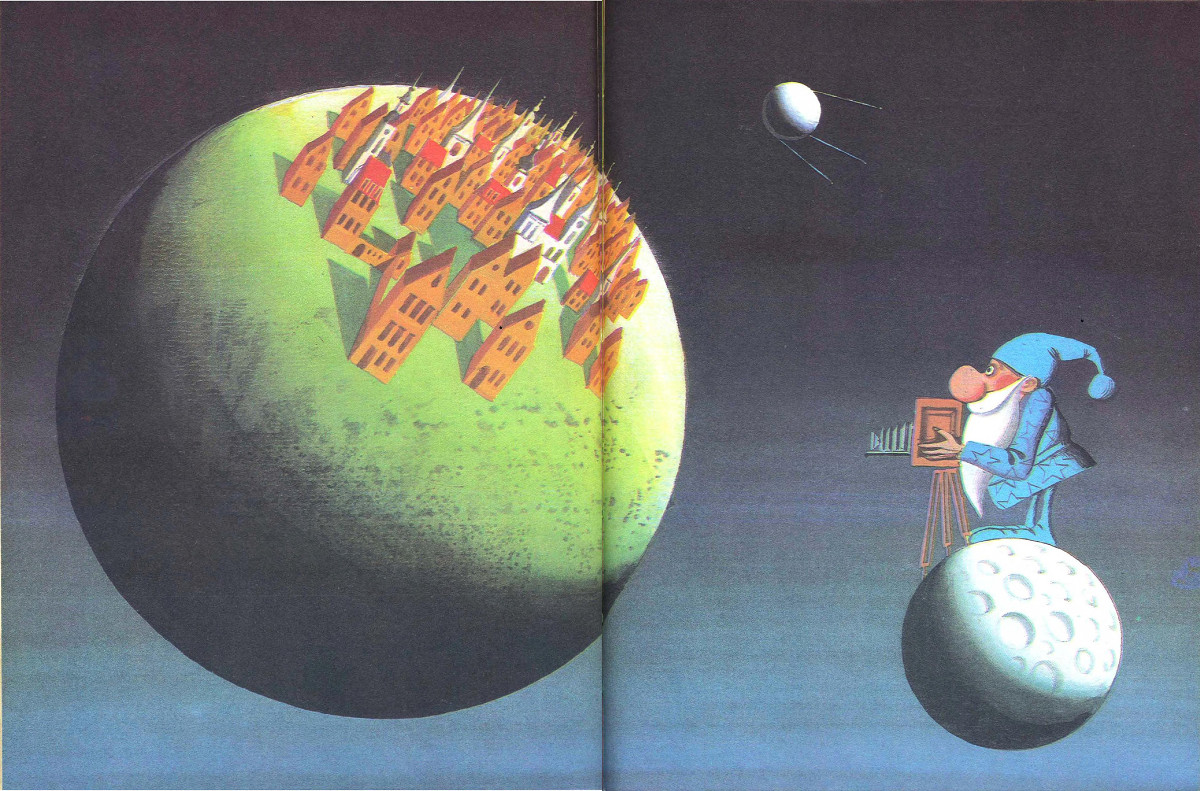 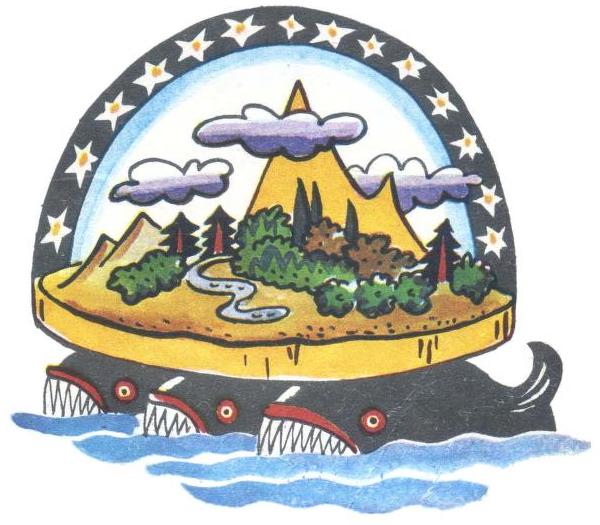 It is commonly believed that people till very recently believed that the Earth is flat and that some European explorers, by circumnavigating the Earth, proved that it was round. But this is not correct. Ancient Greeks already knew about the spherical shape of the Earth, and it forms the basis of many cosmological models that they built. This, in turn, had implications for the philosophical worldview of the ancient
Aristotle presents us with one of the first evidence for the roundedness of the Earth. For the ancient Greeks, the circle and the sphere presented the perfect form in nature. This was also tied to their worldview in which the celestial and terrestrial was demarcated from each other. The celestial bodies, which included the planets and stars were supposed to be perfect. There were seven planets known to the ancients, which included the Sun and the Moon. The planets were supposed to be spherical themselves revolving with a constant speed in circular orbits around the Earth. One of the core assumptions was that the heavens are unchangeable. So anything that was considered celestial was by definition (a) perfect (spherical or circular), (b) unchangeable (constant). So any mechanism that explained celestial phenomenon had to include these two concepts.

The cosmology of the ancient Greeks then was built upon these basic assumptions which were non-negotiable for them. This lead to the formation of various models based on the basic theme of a fixed Earth and planets on circular orbits moving constant speeds. Due to these assumptions and also due to some observed phenomena, led to the conclusion that Earth should also be indeed spherical.
Let us look at the arguments given by Aristotle in this regard. This is from Book II of On the Heavens.

The shape of the heaven is of necessity spherical; for that is the shape most appropriate to its substance and also by nature primary.
Part 11
With regard to the shape of each star, the most reasonable view is that they are spherical. It has been shown that it is not in their nature to move themselves, and, since nature is no wanton or random creator, clearly she will have given things which possess no movement a shape particularly unadapted to movement. Such a shape is the sphere, since it possesses no instrument of movement. Clearly then their mass will have the form of a sphere. Again, what holds of one holds of all, and the evidence of our eyes shows us that the moon is spherical. For how else should the moon as it waxes and wanes show for the most part a crescent-shaped or gibbous figure, and only at one moment a half-moon? And astronomical arguments give further confirmation; for no other hypothesis accounts for the crescent shape of the sun’s eclipses. One, then, of the heavenly bodies being spherical, clearly the rest will be spherical also. 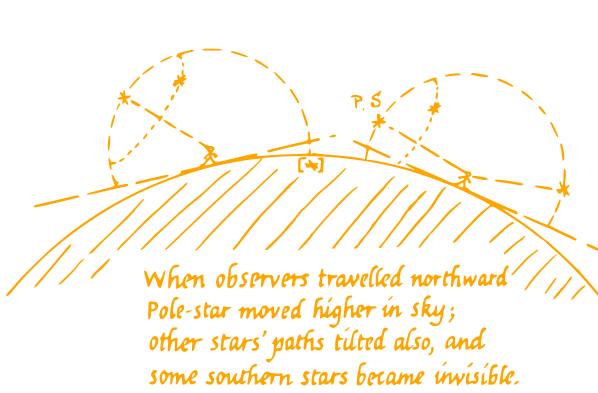 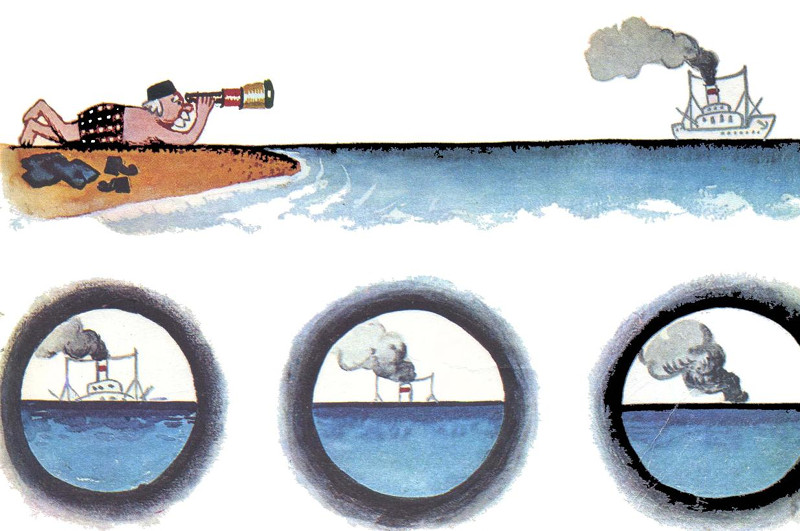 Thus we have seen the ancient evidence for a spherical Earth. It was well known and well established fact, both theoretically and empirically.
Images from:
All About The Telescope – P. Klushantsev
A Book About Stars and Planets – Y. Levitan
Physics for The Inquiring Mind – Eric Rogers.